Under the EU Common Agricultural Policy (CAP), many arable farmers and large maize growers must comply with ‘greening’ requirements. Mandatory catch crops (on sandy soils) after a maize crop are not included. The options include unmanaged field margins and sowing nitrogen-fixing crops, but a lot of catch crops are also sown. These must be sown before 1 October and remain in place for at least 10 weeks, and must consist of a mixture with at least 3% of the least abundant species. 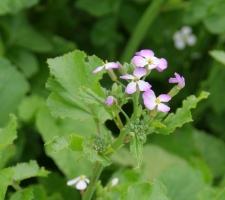 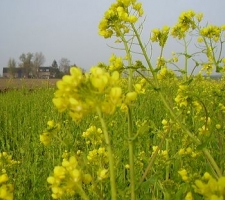 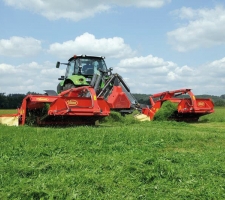 Fodder radish CAP consists of 97% fodder radish and 3% rocket.
The recommended sowing rate is 25 kg/ha and sowing is possible until the end of August.

Yellow mustard CAP consists of 97% yellow mustard and 3% fodder radish.
The recommended sowing rate is 20 kg/ha and the costs per hectare are low.

This crop has grown in popularity in the last 10 years. It is a cross between oats and grass and can develop a large amount of biomass both above and below ground. It is not a host plant for the Pratylenchus penetrans nematode and suppresses the population.

Japanese oats CAP consists of 97% Japanese oats and 3% perennial ryegrass.
The recommended sowing rate is 50 kg/ha and sowing is possible until mid-September.

Greenmix is a mixture of perennial, Italian and Westerwolds ryegrass. It grows quickly and can be mown after 2 years. This crop can be registered as temporary grassland.