Mycotoxins have a negative impact on animal health and animal performance. Animal species vary greatly in terms of their susceptibility and sensitivity to mycotoxins. 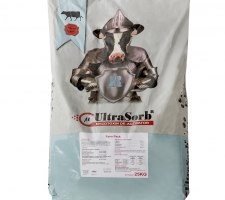 Mycotoxins are produced by fungi. Mycotoxigenic fungi grow within a broad temperature range. Important risk factors for mycotoxin formation in the feed production chain are:

Mycotoxins have a significant impact on health

Cows ingest the mycotoxins. These toxins have a significant impact on health, milk yield and fertility. If the mycotoxins are bound inside the cow’s body, the cow will excrete them in the faeces. The cows no longer have the toxins in the system and their performance will not decline.